Founder and Board Chair 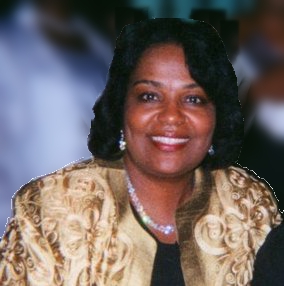 Dr. Denard taught in the English Department at Kennesaw College for two years before joining the faculty at Georgia State University, where she was tenured as an associate professor and taught courses in American and African American Literature for 15 years. She was a leader in the faculty senate, Co-Chaired the Womens Studies Program and wrote the proposal for the new African American Studies Department that was approved and established in 1994. She was also the recipient of grants from the Georgia Council for the Humanities and Regional Director for the NEH-Sponsored African American Life in the Jim Crow South Project. She was nominated numerous times during her tenure for the Outstanding Junior Faculty Award; and in 1995, she was the recipient of the Fannie Lou Hammer-Marcus Garvey Faculty Award for Community Service. In 1998, Dr. Denard was selected as the system-wide Faculty Administrative Fellow at the Georgia Board of Regents.

In 2004, Dr. Denard accepted an appointment as Associate Dean of the College at Wells College in Aurora, New York. At Wells, she led and completed the Colleges Strategic Plan, provided oversight for the Colleges Experiential Learning Programs, served on the Academic Planning and Policy Committee, and the Deans Executive Council.

In 2005, Dr. Denard received an appointment as Associate Dean of the College at Brown University in Providence, Rhode Island. At Brown, she was Associate Dean for Undergraduate Teaching and Research, Director of the Independent Concentration Program, Coordinator of the Mellon Mays Undergraduate Fellowship Program, and Brown Campus Coordinator and Board Member of the Leadership Alliance. She also served one year as Interim Dean for Diversity. She was a dedicated mentor to many students in the humanities and social sciences at Brown, including two students who received the Rhodes Scholarship. In 2007, she convened a national mentoring conference at Brown, (“Mentoring in the Academy”) for undergraduate college faculty, which was supported by the Andrew W. Mellon Foundation. 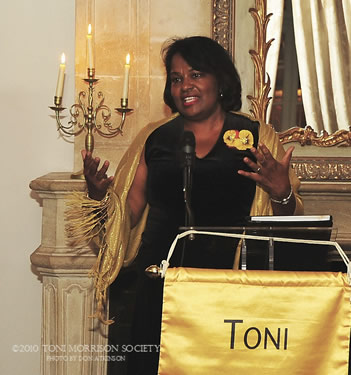 In 2008, Dr. Denard returned to Atlanta and accepted an appointment as Associate Dean in the College of Arts and Sciences at Emory University. As Associate Dean at Emory, she has served on the College-Wide Curriculum Committee, the Educational Policy Committee, and as part of the Senior Vice Provosts leadership team preparing for Compliance Certification and Accreditation by the Southern Association of Colleges and Schools. In the College of Arts and Sciences, Dr. Denard served as Dean for the MLK Scholars, the QuestBridge Scholars, the Gates Millennium Scholars, and International Students. During her tenure as dean, she also had oversight for senior graduation certifications, academic internships, course evaluations for faculty, and undergraduate advising.

In 2011, she was invited to serve as the Interim Assistant Dean for Student Affairs in the Laney Graduate School at Emory. In the graduate school, she has been responsible for tracking graduate students academic progress, serving as a graduate school liaison for the Directors of Graduate Studies in all of the 42 graduate programs, advising students, and for directing the Laney Graduate School Teaching Assistant Teaching Training Opportunity Program (TATTO), a three-day graduate teaching training program that involves planning and collaboration with all graduate faculty. At Emory, she also served as Adjunct Associate Professor in the Department of African American Studies.

In 2012, Dr. Denard was appointed Dean of the College and Senior Diversity Officer at Connecticut College in New London, Connecticut. As Dean of the College, she served had responsibilities of all academic advising and support areas, student affairs, and diversity initiatives at the College. As a senior administrator, she served on the President's Cabinet and was campus liaison for the Posse Scholars Program, the Mellon Mays Undergraduate Fellowship Program, and  the  coalition of Liberal Arts College Diversity Officers.  In January of 2015, she returned to the University of Georgia System to accept the position of Associate Provost for Student Success and Professor of English at Georgia College.

As founder of the Toni Morrison Society, Dr. Denard extended the invitation and led the efforts to establish the Society as an official author society of the American Literature Association in May 1993. Since the Societys founding, she has served as the Societys first president and as the Societys Board Chair, a position she has held since 1996. As Board Chair of the Toni Morrison Society, Dr. Denard has had oversight of Societys operations, fund raising initiative and financial reporting; co-directed six interdisciplinary Biennial Conferences in the U.S. and abroad; launched and managed the Bench by the Road Project and the Toni Morrison Society Lecture Series; served as Co-project Director for the NEH-funded Language Matters Teaching Institutes; and provided leadership for a 17-member board of directors, consisting of leaders in the academic, arts, business, and lay communities.

Her scholarly research focuses on African American myths, ethics, and cultural tropes in Toni Morrison's fiction. A leading authority on Morrison, she has contributed to critical anthologies and essay collections on Morrison's work, and she is editor of What Moves at the Margin: Selected Non- Fiction by Toni Morrison (University Press of Mississippi 2008) and Toni Morrison: Conversations, a collection of interviews (University Press of Mississippi 2008). She is currently completing a book- length manuscript entitled Tar Women and Magical Men: Myth and Heroism in Toni Morrisons Fiction.